If you love nautical signs, then look no further. To be sure, we love making marine theme signs for communities. As seen in the photos below, a maritime theme sign adds that unmistakable Annapolis character to your community entrance. Whenever we make signs like this, I like to use images of Here’s another eye-catching nautical theme entrance sign made by Designs & Signs, LLC. The custom design of the new sign is very similar to the old sign; we removed the damaged sign as a car had stuck it by accident. We used marine pilings for the posts and wrapped them with decorative rope to mimic the look of real dock lines.  Our friend Jonathan Sanchez, a marine builder by trade, capped the posts with copper sheets. He does excellent work and stops in from time to time to help us with projects and complex installations.

We chose 18 lb HDU (high-density urethane, SignFoam) for this project. A woodgrain frame creates the faux wood background texture during the blasting process. In contrast, the letters pop and shimmer with 23 karat gold leaf. Next, we stain the posts and paint the entire signs with primer and Sherwin Williams duration exterior latex before applying the gold leaf. 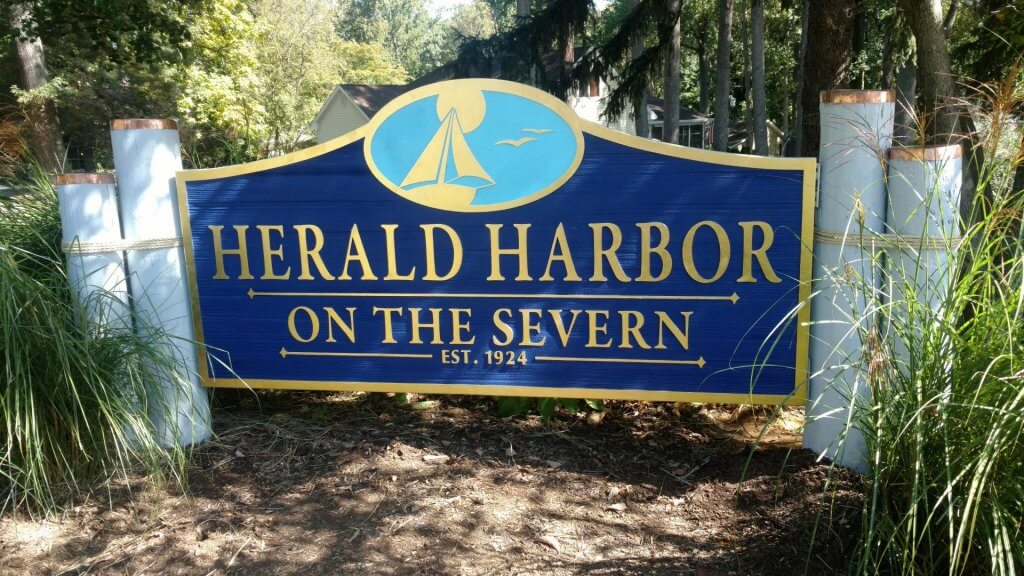 We fabricated a custom aluminum tube frame for the back of this sign. The sign is very big, and this rigid hidden frame helps keep the posts in place and supports the sign’s weight. We fastened all parts with stainless steel legs. 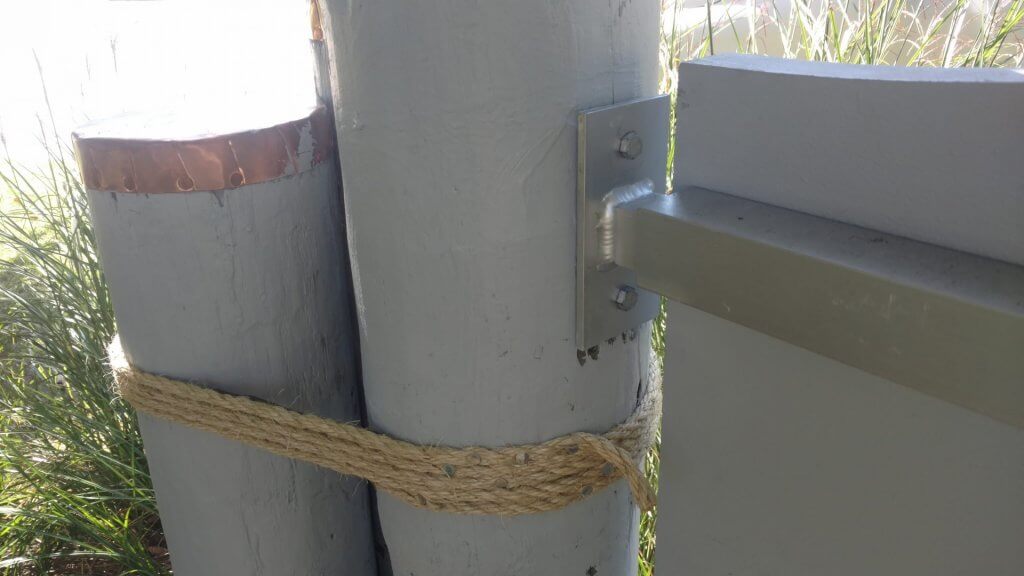 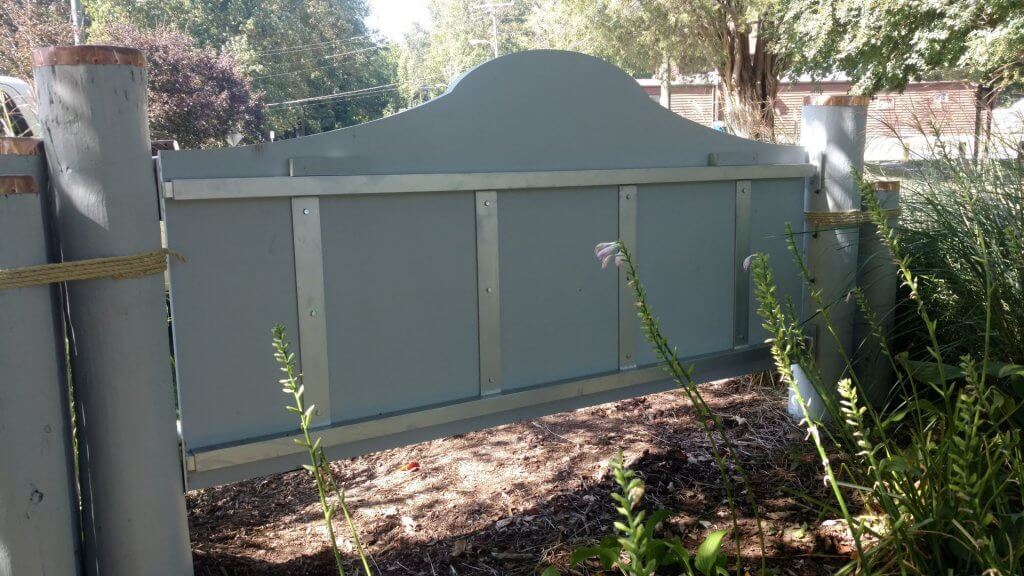 Initially, The Washington Herald newspaper purchase this tract of land in the 1800s. Henry E. Youngstown, an entrepreneur, purchased 551 acres from Eleanor V. Marsh, widow of “Colonel” Marsh, in 1886, and the price was one dollar per acre. Previously the area was known as Marsh Plantation. Henry moved into the big brick mansion once occupied by the Marsh family. Slave quarters and barns stood behind the house. Henry Hall planned a shipyard and a community of homes for his workers, but it never panned out like many of his other ventures.

Using clay from the Severn’s shores, he planned a brickyard, which also failed. After that, he planted a peach orchard. Henry Hall had two children, Joseph, a son, and Nellie, a daughter, a half-sister to Joseph. Eventually, his children inherited the land when Henry passed.

Joseph and his wife, who lived in the big old brick mansion, had difficulty heating the house during the winter. Because of this, they decided to build a smaller home along the river. Dr. Crowther’s widow now occupies this house, and you can see it on the right side of Hall Road just before the entrance to Longpoint. The Kyles also built their home on the Severn. Years later, their house is owned and occupied by Jessie Kyle Wirts and her husband, Dr. Carl Wilts, Severnside Farm. That house stands at the end of Kyle Road in a quiet and secluded area.

The Washington Herald purchased the land from Joseph and Adda Hall and Frank and Nellie Kyle to increase circulation through a summer colony real estate venture. On May 17, 1924, Frank D. and Nellie H. Kyle conveyed by deed 250 acres to They Snodgrass, William Shelton, and C.S. Eddy, officials of the newspaper. The Halls conveyed 210 acres for $260.00 an acre, for a total of $120,000. The sellers held the mortgage, excluding Longpoint and parcels for family and friends.

Eventually, the owner transferred the property to Herald Harbor, Inc. on July 1, 1924. Riley Snodgrass, the former Herald publisher, became President of the new corporation. William Shelton, former Herald circulation manager, served as secretary-treasurer. C.S. Eddy was the first vice-president. The lots were surveyed into 25′ x 100′ rectangles and sold for $25 each. However, the seller valued waterfront lots higher at $200 each. Washingtonians were always looking for local beach resorts in the summer, and Herald Harbor served this purpose. Advertisements in the Herald claimed, “Nearly 3,500 lots have changed ownership. Surprisingly, the speed and size of the movement toward Herald Harbor have stunned even our most imaginative salesman. Today, people are lining up to select locations, buy bungalows and look at buildings.”

First, Workers removed trees in Shelton Park and filled the lot with parking spaces. Then, there were bathhouses, a boardwalk, steps down to the beach, and picnic tables on the beach. Next, atop a hill, there was a new outdoor dance pavilion. After that, builders renovated the old brick mansion on Mountain Road to become an inn with 16 rooms and a tea room serving food. Finally, workers built a dock at Sheldon Park. Residents enjoyed boating and canoeing, fishermen, and anyone desiring an excursion launch ride. 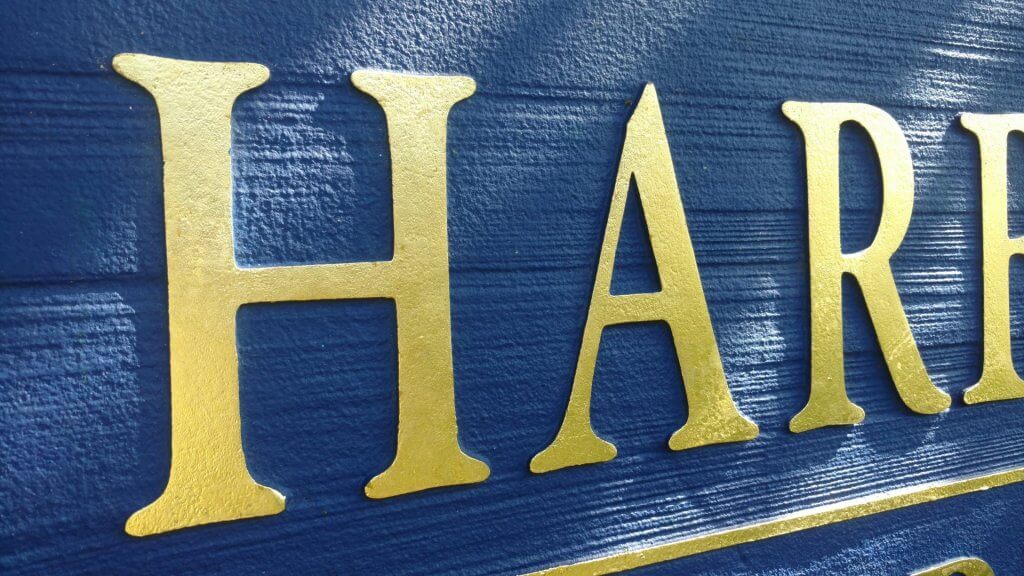 Some more photos of our Best Entrance Signs

More information about the community 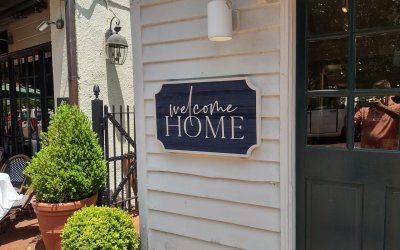 Custom Sandblasted Cedar Signs make a great first impression A sandblasted cedar sign is the perfect way to show off your specialty shop or...

A subdivision entrance sign Holly Hill Harbor made by Designs & Signs. This sign is sandblasted HDU. We also make routed HDU signs and... 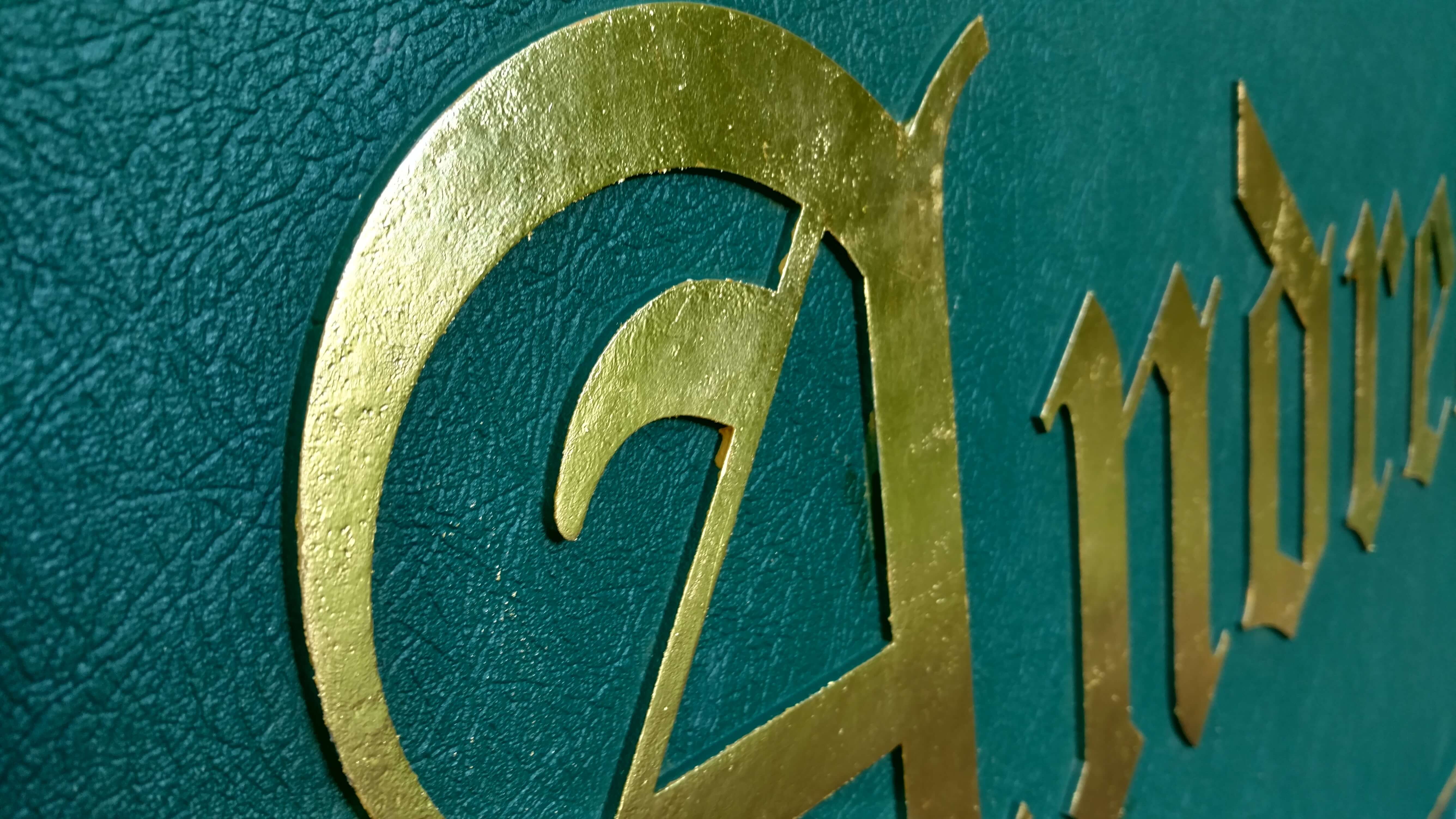 We made this beautiful cast aluminum sign for the main entrance at St. Andrews community in Arnold, Maryland. It looks great, and because heavy cast...