Gold leaf window lettering is the best product available for your store or office. The installation takes time, however the finished product will last for years to come with gentle care.

How is gold leaf made?

By goldbeating, gold is formed into thin sheets (usually around 0.1 m thick) that are then used for gilding. The karats and shades of gold leaf vary widely. The most common form of gold is 22-karat yellow gold.
A gold leaf is a type of metal leaf, but the term is seldom used to refer to this leaf. The term metal leaf usually refers to thin sheets of metal of any color that do not contain real gold. Pure gold is 24 karat. 91.7% of yellow gold leaf is 22-karat gold (i.e. real gold). White gold with a silver color is approximately 50% pure gold.
Gilding or gold leafing involves applying gold leaf over a surface. A traditional form of gold leafing is water gilding, which is highly regarded and difficult to acquire. Handwork has remained virtually unchanged for hundreds of years. 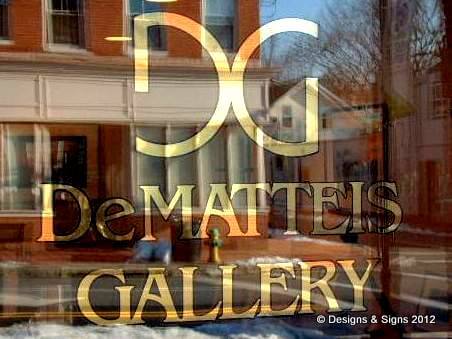 A hand-made 23 karat gold leaf window logo, installed by Designs & Signs at DeMatteis Gallery in the historic district of Annapolis, Maryland. This gold leaf lettering was applied by hand more than thirty years ago. It was recently removed by a new tenant, but even after thirty years it still looked as good as new. Nothing beats traditional gold leaf custom signage made by hand. If cared for properly it will last a lifetime. Please contact us for a quote if you are interested in gold leaf lettering for your home or business!

Commerical signage has an ancient history. Both the east and west have developed their own forms of retail signage. Ancient Egyptians, Romans, and Greeks were known to use signage. Ancient Rome used signboards for both shopfronts and public events. The Romans usually constructed their signboards from stone or terracotta. Alternatively, they were whitened areas, known as albums, on the outside walls of shops, marketplaces, and forums. Rome left us many examples, such as the commonly known bush to identify taverns, from which is derived the proverb, “Good wine doesn’t need a bush”. There are still some trade signs that remain in modern times, such as the red and white barber’s pole and the three balls of pawnbrokers. Among the signs identified with specific trades, some later evolved into trademarks. As a result, early commercial signage and branding are intimately bound.

Take a look at some of our residential glass gilding projects! (links below) 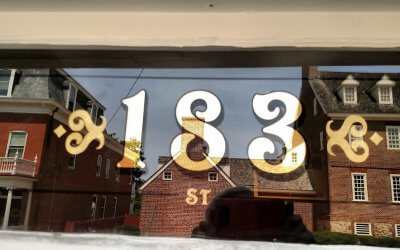 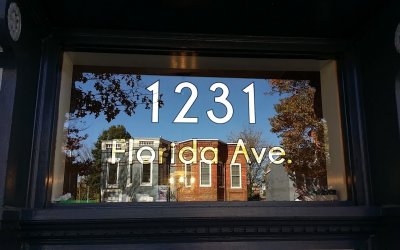 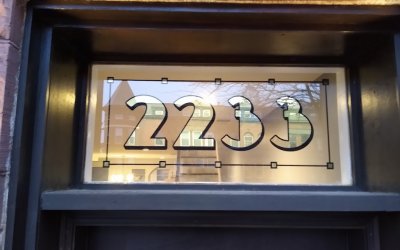