Pouncing is a technique involving the use of a pouncing wheel to transfer an image from a thin surface onto a much larger surface. Layering a sketched outline over the designated surface, the user traces the designed outline using a pounce wheel. Once the entire outline has been transferred, charcoal powder is applied to the pricked holes so that the remains of the outline are visible on the yacht’s surface. Then the outline is carefully painted so that it perfectly matches the outline provided in the previous steps. Once the paint dries, the finish is applied to complete the process. 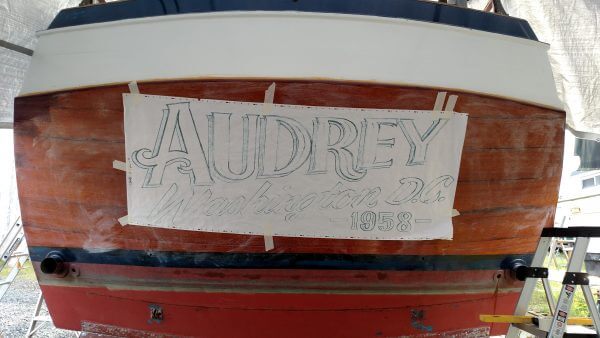 What is a pounce pattern used for?

Pouncing is an art technique used for transferring an image from one surface to another. It is similar to tracing, and is useful for creating copies of a sketch outline to produce finished works. A pounce wheel, also known as a tracing wheel.

Pouncing has been a common technique for centuries, used to create copies of portraits and other works that would be finished as oil paintings, engravings, and so on.

How do you make a pounce pattern?

The most common method involves laying semi-transparent paper over the original image, then tracing along the lines of the image by creating pricked marks on the top sheet of paper. This pounced drawing made of pricked holes is laid over a new working surface. A powder such as chalk, graphite or pastel is forced through the holes to leave an outline on the working surface below, thus transferring the image. The powder is applied by being placed into a small bag of thin fabric such as cheesecloth, then dabbed onto the pricked holes of the pounced drawing.

How to use a pounce pattern: an example

Look closely at this photo. Brendon paints a letter by hand. He follows the charcoal lines on the wall which are applied with the pounce pattern. 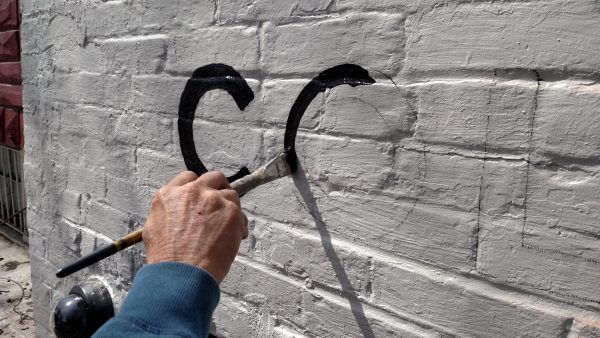 Pounce pattern can be easily used on any sort of materials, wood surfaces, paper and metal. The advantage of pounce pattern painting is that  there is no size limit!

We also use similar paper pattens to install dimensional letters on interior and exterior walls.

Here’s some more information about our paper patterns and installation techniques:  Paper Pattern 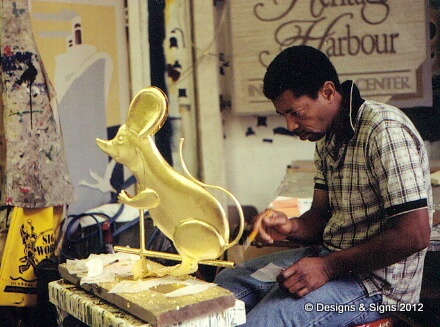 What is Gold Leaf? Manufacturers produce gold leaf by hammering gold into thin sheets. Artists use the metal leaf to create elaborate decorations... 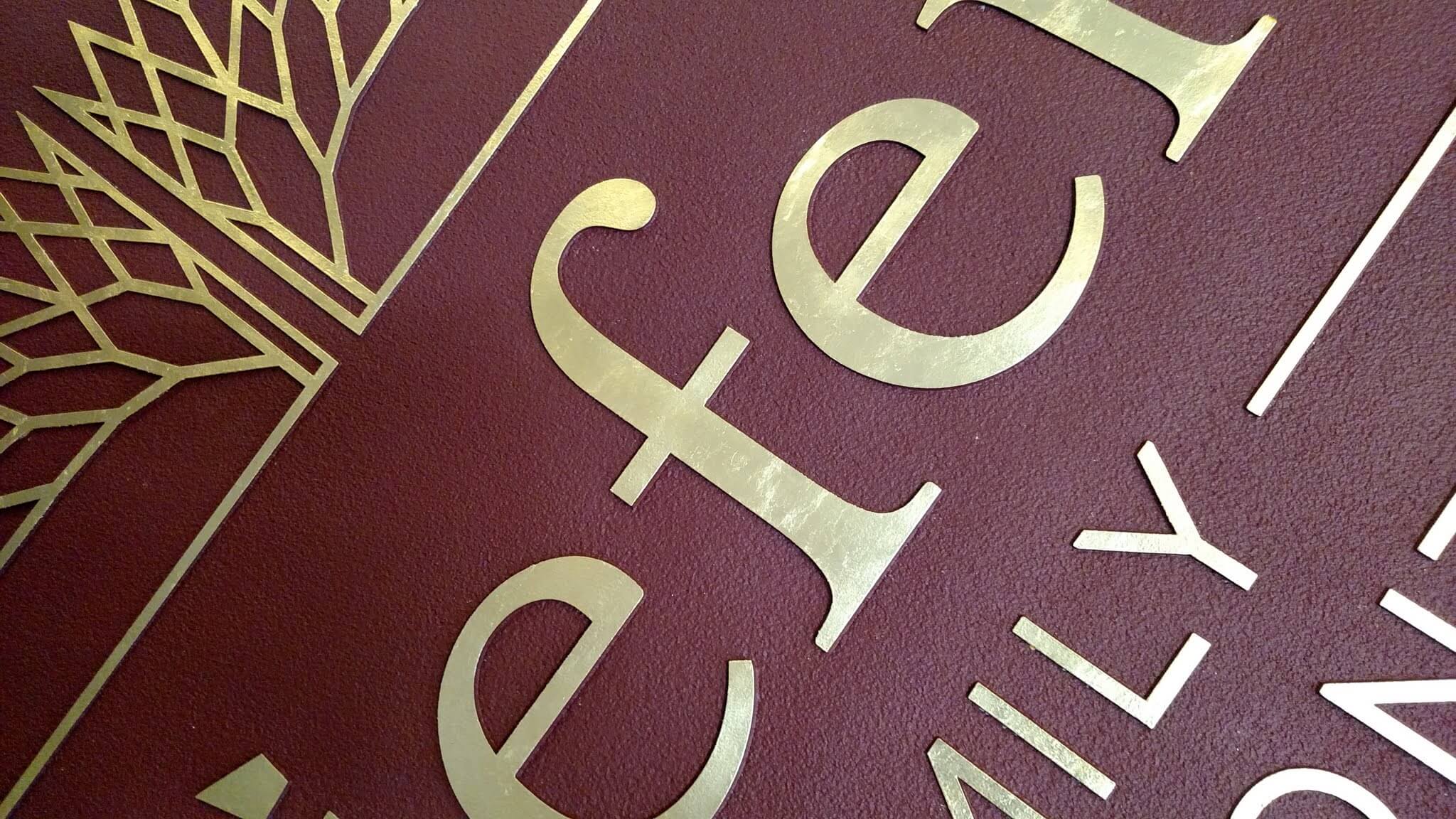 What are high-density urethane signs? High-Density Urethane is a strong, naturally waterproof material made for creating dimensional signs. HDU... 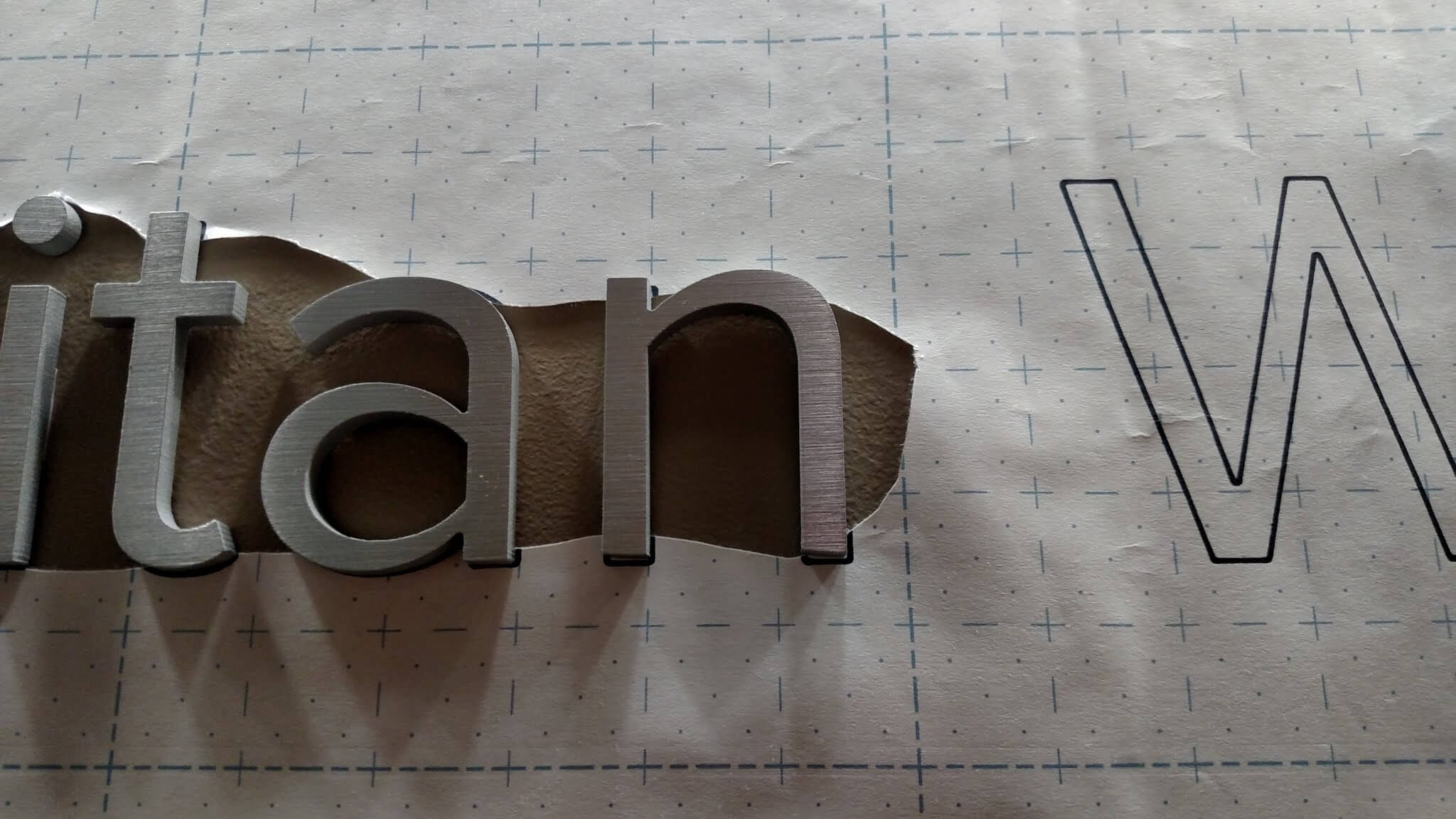 We use an XY plotter to create a paper pattern or pen drawing on paper. Then, we use these paper patterns to install letters by hand accurately. We...