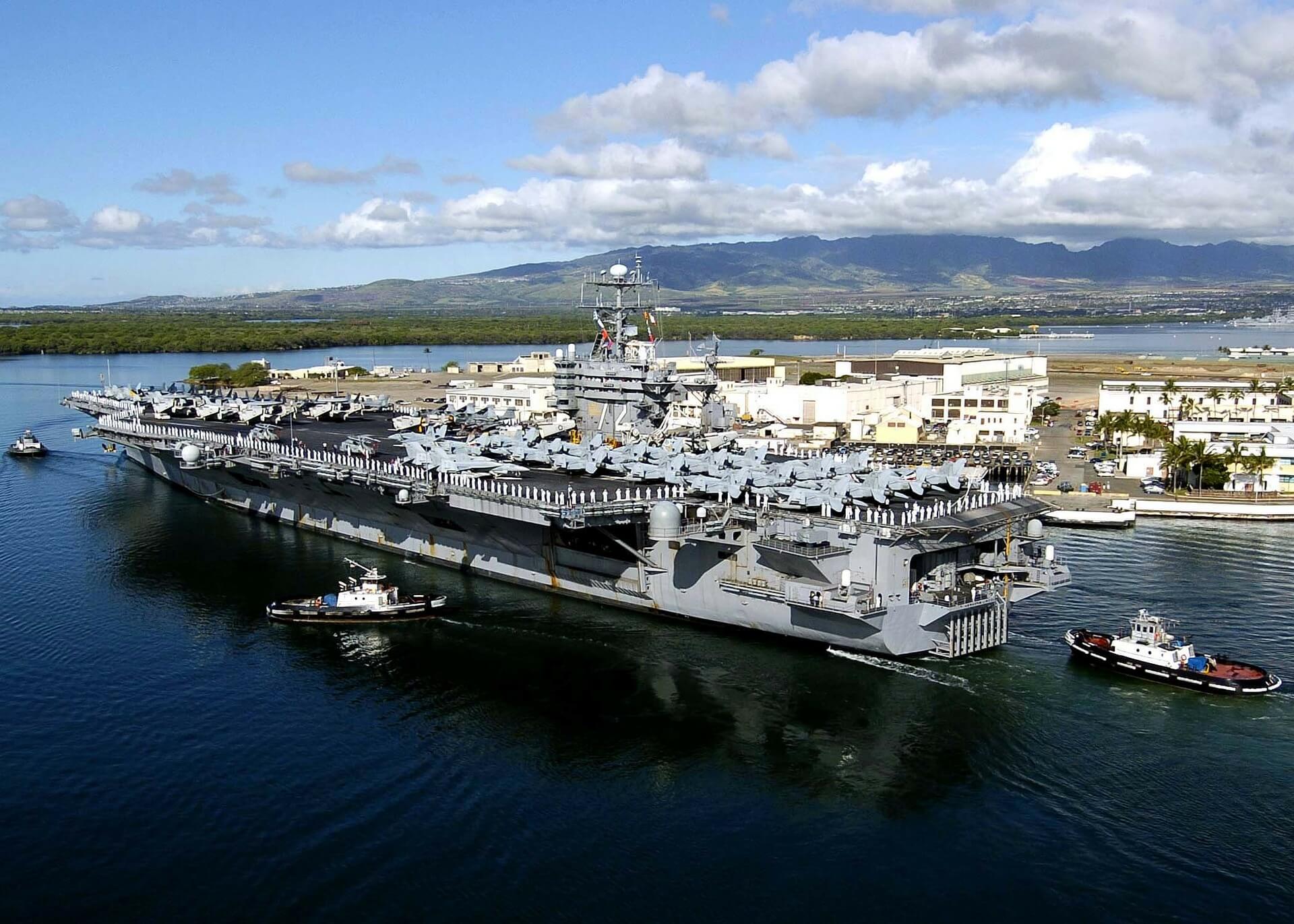 Pearl Harbor is a lagoon harbor on the island of Oahu, Hawaii, west of Honolulu. Much of the harbor and surrounding lands is a United States Navy deep-water naval base. It is also the headquarters of the United States Pacific Fleet. The attack on Pearl Harbor by the Empire of Japan on Sunday, December 7, 1941 brought the United States into World War II.